Whether its the coarse hair on a trampling pachyderm or the soft coat on your new Labrador puppy; all mammals have hair. The protein filament that grows from follicles found in the dermis is a true defining characteristic of all mammals. Though all mammal’s hair appears in different ways, serves a different purpose, has a different texture and most definitely has a dissimilar feel; they all are truly different. Despite

there being a similarity; humans are completely different. While your cat Mr. Fluffikins may groom himself regularly and the chimps that you’ve seen down at the zoo might sit around and groom each other; humans are the only ‘animals’ to, on purpose, cut or style their hair. Throughout humanity, hairstyles or the removal of hair varies greatly across cultures and has definitely changed within different periods of history. A person’s hairstyle or cut has been used to indicate a person’s religious beliefs, relationship status, social position, age, or even sex. The ability to alter ones appearance has been an immense benefit to the human race; though the sometimes time-consuming, hair spray mounted, gravity defying styles have just as much rich history as the individuals that had them upon their heads.

When we look back at popular hairstyles that have existed throughout history; we can see them atop statues and in paintings. Whether you look to the flowing locks atop the marble statues of men like Alexander the Great and Michelangelo’s David or to the powdered wigs of famous kings; we can see that what looked good then might not look good now. We can also see that along the way; we have had some hits but we have definitely had some misses. Even though there have been many tweaks to the way we style our hair and what is culturally ‘acceptable’; a lot of us still look at the fashion landscape and wonder where these hairstyles come from.

Its not just Southern American women that say that the higher the hair, the closer to God. During the 1730s, the term ‘big wig’ originated when English men of authority began to wear the white powdered wigs. During that time period in the 17th century and into the 18th century; the bigger and more extravagant the wig, the more money and social status that that person had. The more ostentatious and big that the wig was, the more that the people were amazed. The rich and powerful had wigs that were borderline absurd and

most of them required scaffolding just to hold up its ridiculous size. The ‘beehive’ became extremely popular due to the height that would allow them to insert trinkets (even sometimes there have been reports of women placing small caged birds in their wigs and even wearing small hats on top of the giant wig). Reluctantly, back in the 18th century; we were not blessed with the same level of hygiene that we can be thankful for today. Sadly, for most of the ‘civilized’ world, they found head lice to be a big problem; so they shaved their heads. So you’d think that they wore those ridiculous white powdered wigs as a cleaner option? Not a chance. The wigs themselves were a breeding ground for lice, roaches, and other creepy crawling creatures; and the upkeep on the wigs were immense. Despite this unsanitary practice, it wasn’t until the end of the 18th century when an expensive tax on the white powder itself caused the trend to slowly die. The beehive’s popularity of course slowed with the dying off of the wig wearing trend; but in the 1960s, the beehive became a popular hairstyle once more. Thankfully this time it was utilizing the women’s actual hair. 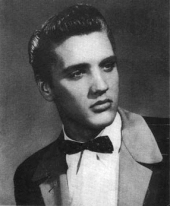 mostly worn by sweeping medium length hair upwards from the face and worn high over the forehead. This hairstyle is named after the member of the French court and chief mistress of King Louis the XV, Jeanne Antoinette Poisson; or as you may commonly know her Madame de Pompadour. The hairstyle see-sawed in popularity with many fashionable women from the 1700s well into the 1940s; but the most famous pompadour was the men’s version that came into popularity during the late 1950s. Rock-n-roll stars like Elvis Presley and actors like James Dean and Marlon Brando brought the hairstyle to the forefront of popularity. The hairstyle saw a resurgence of popularity in the 1980s in the counter-culture that became obsessed with vintage culture and is even worn by many celebrities now (specifically Conan O’Brien and Bruno Mars).

About ten years later after the resurgence of the pompadour; we saw the rise of the Black pride movement. Prior to the 1960s, we found the African American community attempted to mimic the styles and textures of the predominantly white society. After the 1960s, the African American community loosened its uses of caustic substances (relaxers containing lye which if not applied correctly could burn the scalp, eyes and ears of the person) and the straightener/hot comb (which was coincidently invented by famous

African American businesswoman, entrepreneur, philanthropist, and activist Madam C.J. Walker). With a renewed sense of identity, black beauty and aesthetics became important. A lot of African American men and women began to adopt a more natural, untreated hairstyle called the afro. The rounded shape haircut and style was just as much a political statement as it was a fashion statement. Anyone with extremely curly hair can pull off an afro now-a-days (or as they are called in the Jewish community a Jew fro); but the origins of the hairstyle are as prominent as the wide-toothed ‘Afro pick’ comb that is used to maintain the halo of beautiful hair.

While the mohawk was originally a Native American hairstyle, the mohawk itself showed up again about ten years later in the early 1970s. This may have been due to the “Indians” that were heavily portrayed on the silver screen in that era. While the on screen tales of whites defeating Native American tribes were being produced like crazy; the ‘savage’ Indians were seen living in their teepees, hunting for buffalo, scalping their enemies, and not only wearing their feathered regalia but a lot of these cliche examples of Native Americans were seen sporting a mohawk (which strangely enough was not a hairstyle that all American Indians had). This movie trend continued on into the 1970s; which also saw the rise of the punk rock movement which took the mohawk to completely different level. The mohawk, or the mohican as it was referred in the UK (which had a HUGE punk rock scene), was a stripe of long hair down the middle that was stuck straight up in the air. The sides were shaved and this straight down the middle stripe of hair showed that these punk rockers didn’t conform to the social norms and expectations of the day. While some modern day rockers and rebels rock the extreme mohawk; the much more consumer-friendly ‘faux-hawk’ is much more frequent today. A hair style that I actually have. 🙂

I promise that I won’t talk about another haircut that I had: the mullet. (Note: I was too young to actually have a say in the matter.) The predominantly men’s hairstyle that is cut short on the front, but is long in the back was IMMENSELY popular during the late 70s and well into the 1980s and 90s. Everyone from pop culture icon David Bowie to country singers Billy Ray Cyrus and Black Shelton sported the hairstyle that was party in the back but business in the front. A hairstyle that I can guarantee will not be revisited by me.

Super Mullet by allygirl520 (Allison) Original uploader was Domestic Correction at en.wikipedia.Later version(s) were uploaded by Hmwith at en.wikipedia. – https://www.flickr.com/photos/scrapstothefuture/202893190/Transferred from en.wikipedia, CC BY 2.0, https://commons.wikimedia.org/w/index.php?curid=9433452