When you walk down the preverbal hall of the most influential 80s pop culture icons you’ll probably walk past Madonna in her cone bra while Wang Chung’s “Everybody Have Fun Tonight” blasts from the wood cased floor speaker next to Rodney Dangerfield who just happens to be wearing his Speedo from Back to School. Somewhere near the A-Team van and KITT from Knight Rider would be a TV blaring visions of a sword wielding muscle man. No, I don’t mean a shirtless Arnold Schwarzenegger from Conan the Barbarian. I am referring to the Master of the Universe himself: He-Man. Ah, you remember He-Man now. “Most powerful man in the Universe.” Yeah, that’s him. 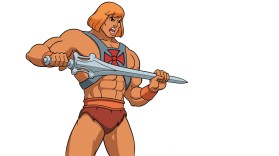 He-Man is not just another pop culture phenomenon from the 80s; He-Man is now part of the Pop Culture’s vernacular. Now before you get all creeped out due to my obsession, I will tell you that I do love He-Man. Many of my influences and earliest memories in life revolve around the loin clothed equipped hero. I still collect He-Man and all related memorabilia. Whether it is a $500 1:4 scale statue or a package of He-Man party cups from 1985; I have it. It’s a bit obsessive but my wife tries to make it seem better to my in-laws by saying: ‘well at least he’s not an alcoholic’ or ‘at least he’s not buying drugs’.  Sometimes that makes her feel better and sometimes it makes me feel worse because my hobby could be compared to an addiction to cocaine.

I blame my lo 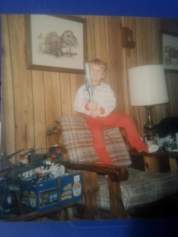 ve for He-Man on my two things: my mom and when I was born (which I also could blame on my mom, I guess). I was born in the early part of 1982 and for boys, He-Man was it. He was to boys, what Barbies were to little girls. The toys and show were my thing. I would walk around the house holding my plastic He-Man sword, spewing sound effects and “I have the Power at the top of my lungs. As the years flew by; Cats of Thunder, Warriors from the Stars, Teenage Turtles, Wrestlers, Morphin’ Rangers, Mutant Men and Caped Crusaders came in and made their mark but nothing could take the place of my beloved He-Man. Eventually I grew

up and Legos pushed my toys to a shelf, which led to a box which led to a closet. Most of my He-Man figures were lost deep in the recesses of never-never land amongst MASK vehicles and a plethora of McDonald’s Happy Meal toys. I would secretly take my favorites out of their hiding places to see the bad guys die and the muscular warrior kiss the good girl and make the bad girl switch sides just to steal another kiss. Priorities changed as I grew and petrol needed to be purchased for vehicles. A beautiful light blue, f 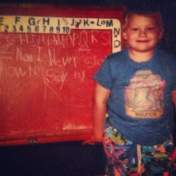 astback Mustang received a He-Man figure to adorn its dash. He-Man had continued in his journey with me. He now was a constant reminder of who I was and as the thunderous roar of a V8 echoed through the tinted windows, He-Man cruised on through life with me. Some people laughed and some people would see He-Man sitting on my dash boar and reminisce about how much they loved He-Man.

People still do that. Someone will see the sticker on the back glass of my current, not-as-cool ride or catch the background on my MacBook and comment about my He-Man background. SO, onward I shall go. The closeted He-Man have all been freed and placed inside a glass china cabinet. My office walls are now adorned with cel art from the original cartoon and advertisement artwork from the 80s. Do I take the figures from their Ivory Tower and play with them: uhm…yes. Will I continue to love He-Man: You better believe it. Not even Robert Downy Jr in an Iron Man suit could tear me away. 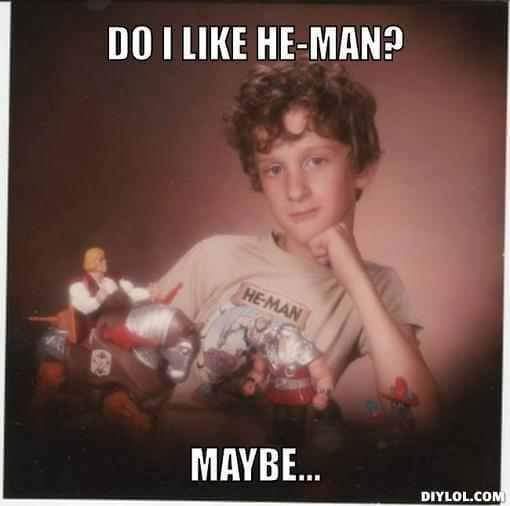