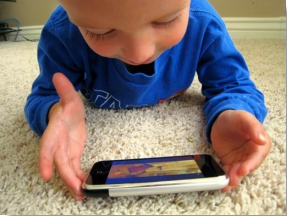 While it is true that not all generations are homogenous groups, you’ll find some that bleed through the lines of that generations start and stop times. Before the Baby Boomers who were the people born after World War II (generalized between 1946 and 1964) came the Silent or Traditionalist Generation. That Silent Generation (generally those born just after the Great Depression in 1929 to 1945) came home from war and there was a boom in births–hence the name ‘baby boomer’. That Baby Boomer generation was defined by

the Vietnam War and the counterculture movements of the 1960s. After that came Generation X (generally those born between 1965 and 1976 with some including those born in the early 1980s) or who have sometimes been coined the ‘latchkey generation’ due to high divorce rates of their baby boomer parents and increased maternal activity in the workplace. Lots of us coming home to an empty house, locking the door behind us, and watching MTV–hence a lot of us being dubbed the “MTV Generation”. Slackers and disaffected adolescents and teens who were heavily influenced by grunge or rap music

and watched Clerks and Pulp Fiction way too much. From the late 70s through the mid-90s (demographic range of 1977 through 1995) came the Millennials or ‘Gen y’ (just because that is the that’s the inevitable next letter in the alphabet). We are thusly called ‘millennials’ due to us graduating in or around the new millennium (which coincidentally I actually graduated in 2000. Kind of anticlimactic now though). The millennials are known as ‘echo boomers’ sometimes because we are the product of another significant increase in birth rates during the 80s and 90s by our parents: the Baby Boomers. Some millennials get a bad rap due to our generation being described as entitled and narcissistic but most of us are confident. We bridge the gap between and are a perfect blend of the baby boomers ideals and the technology-driven, computer overstimulated Generation Z.

So you’re likely the parent of a child being raised in this Generation Z. These kids are highly entrepreneurial (yes I am actually giving them credit for wanting to make money off of their likes on their YouTube video where they are unboxing a toy) and have had a handle on advanced levels of technology from birth. By the time we were getting the internet and cable in our homes during the mid-90s and the early 2000s; Gen Z kids were/are born with this technology readily available to them. While the first waves of Gen Zers are hitting the college and work market; we find this group (and the ones coming up with them watching TV shows we don’t find appealing, listening to music that makes our stomachs sick, and saying words and phrases that we think are completely silly to even hear. I thought about all of this yesterday when I was talking with Daniel about the words and how their generation is saying words that they won’t be using in 20 years (hopefully) just like I don’t think I have used ‘gnarly’ or ‘radical’ in a sentence since the 80s. So to better help you; the parent who feels like they want to know what in the world their child is talking about when you overhear your child say something completely crazy. Remember, its a new day and despite it making your eye twitch and your ears wrench with disgust at times…they are just doing what we did. Isn’t that right cool daddio or righteous momma. Too far? Okay isn’t what was crackalackin’ while you totally went house on your fave homegirl cause you were like hungry for some flange grindage. Isn’t that right you bodacious babe? I think you get my point. So here is a little guide to understanding the vernacular of Generation Z (and some ‘hip’ Millennials) because honestly, there are new words being added to their strange vocabulary every day. While some may sound familiar and some are easily explained, here are some of the slang words or phrases that your kids are using.

“Weird flex but okay” – One of my absolute favorites (though I would never use it) because I love bodybuilding. This phrase is used when someone is bragging about something that no-one cares about. It’s a weird flex because it is truly an odd thing to be bragging about.

“A whole meal” – This is similar to ‘looking like a snack’ but it is taking it a step farther. If someone is ‘looking like a whole meal’ then you are wanting to have more than just a taste or a snack. You want the whole meal. Yes, it has sexual connotations, so what you’re thinking in these references is correct.

“Glo up” – Speaking of someone’s appearance. The term ‘glo up’ is in reference to someone looking better now than they did before. That ‘growing up’ period would be known as a ‘glowing up’ period.

“Wig” – I first heard ‘wig’ during the alpaca loving Noah Davis’s audition for American Idol. He and Katy Perry had an immediate bonding over his use of the word ‘wig’. I was as dumbfounded as Lionel Richie and Luke Bryan but at the end, Katy finally explained it a little further (though Luke Bryan seemed to still not get it). Wig is a reference to something being so great or someone looking so good that your ‘wig’ goes flying. A similar saying is ‘snatched edges’. A reference more readily understood by the African American community and their wig has been snatched and their ‘edges of their natural hair’ have been seen.

“Fam” – A person who is close to you and you consider to be as close as family.

“Woke” – Someone who chooses to not be misinformed and educates themselves on the important topics of the day. Someone who is politically ‘awake’ and speaks out for social justice.

“Tea/What’s the tea?/Spill the tea” – This one Daniel had to originally explain to me, but I get its origin and reference. “Tea” means gossip. For example: “Hey girl, did you hear about Timothy?” “Uhm, no spill the tea!” This is, of course, a reference to people sitting around in conversation over a cup of tea.

“Boujee” – Boujee is a derivative of the 16th-century French term ‘bourgeois’ or ‘bourgeoisie’, and was repopularized in 2017 by the rap group Migos in their hit single “Bad and Boujee”. While bourgeois is normally in reference to the lifestyles of rich and middle-class society, someone who is called ‘boujee’ as a mockery of their pretentious consumer habits in hopes to climb the social ladder. To use it in a sentence, one would say that “Linda drinks that almond milk, she is so boujee.”

“Extra” – ‘Extra’ simply refers to someone who does things a little flamboyantly and takes things to a whole different level. An example would be wearing full makeup and perfume to the gym. Yeah. “She’s so extra.”

“Ghosting” – To not only ignore someone but to not return their text messages, calls, and pretend that you are dead to them. Hence the ‘ghost’ reference. If a guy is ignoring a girl and she thinks it is on purpose, she will say that he is ‘ghosting’ her.

“Whip” – A whip is a car. Not sure why. Guess cause it ‘whips’ through the air? Or maybe it is in reference to the whips that were used by stagecoach drivers to urge the horses to go faster? Maybe. Am I pushing that explanation? Most definitely.

“Left me on read” – Look at your phone’s text messages and you will probably notice that the texts change from “D” or Delivered to “R” or Read when the recipient ‘reads’ the text. “Left me on read” is a reference to someone reading the seemingly important text but not responding.

“Basic” – A boring person who does extremely typical things.

“Doing the most” – Daniel would say that my dad jokes are my way of ‘doing the most’. Meaning that I am being a bit too much or ‘extra’. Trying too hard to impress others and going the extra mile thusly making myself look silly in the process.

“Thicc” – Another word that is spelled incorrectly on purpose (yes that drive me crazy); but ‘thick is a reference to someone who is proportionately voluptuous in ‘all the right places’. Specifically referencing her (maybe sometimes his) sexual attractiveness. I’m not using this in a sentence for you.

“Curve” – When you kick someone to the curve you’re romantically rejecting them right? Well used now to ‘curve’ someone means to essentially stealthily reject them. Another origin is that you’re trying to go around them and not accept their romantic advance.

“Lit” – Lit sometimes refers to someone being drunk, but modern interpretations show that ‘lit’ means that something is fun or amazing.

AND last but not least…

“Yeet” – The most complex and versatile word because it has no exact meaning. It can be a response to someone meaning yes. Or an expletive at the end of a sentence. I’m told it also means to throw something. Who knows. It’s just stupid and I see no point in adding it to our language. Sorry for the pessimism. 🙂

Try to remember that times have changed. In a study done for Huffington Post, researchers found that 98% of Gen Z has a smartphone, 92% have a digital footprint (meaning that they can be found online), 50% are connected online for 10 hours a day, 70% watch more than two hours of Youtube or other streaming services, 40% say that they are addicted to their phones, and 80% say that they feel distressed when kept away from their personal electronic devices. They are hyper-connected. The digital tools that keep them connected, keep them in the know. Remember these Gen Zs were mostly raised by Gen Xers or Millennials. Think about that. While we were the mobile pioneers, they were raised having Instagram pages and/or watching Youtube videos early on. Don’t give them too hard of a time when you hear them say something stupid like ‘yeet’ or ‘lit fam’. Just shake your head, laugh, and remember some of the goofy stuff you used to say.