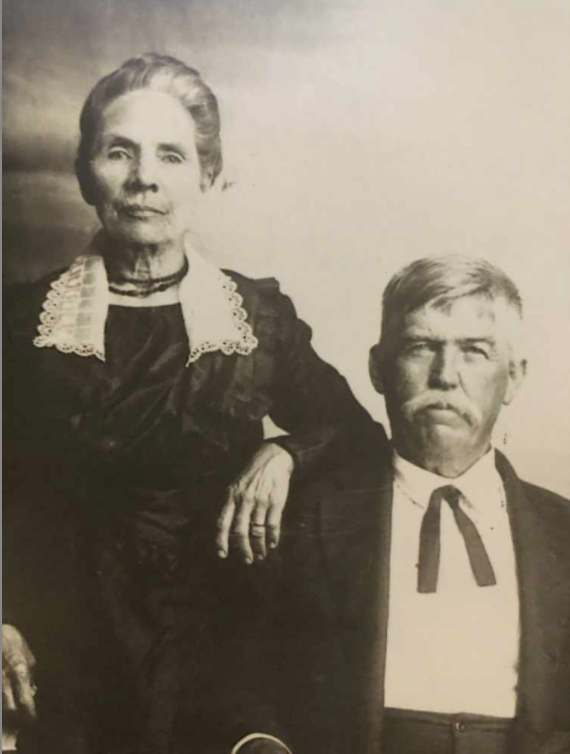 I started this post on International Women’s Day in honor of my paternal 2nd great-grandmother, Caroline, who was born on March 2nd, 1858. While my 2nd great-grandmother wasn’t royalty nor did she have any specific historical significance in the United States, I owe her a lot. When I got married and had kids, the significance of our ancestors and their choice to have children becomes more and more important. Our family trees become more and more interesting when you uncover truths about a family member that you had only heard about in rumors and even more interesting when you uncover the previously unknown ones. Thanks to sites like ancestory.com and 23andme.com, I can not only run a DNA analysis to see exactly who I am in regards to my DNA but thanks to someone else’s research (thanks to the Church of Jesus Christ of Latter-Day Saints) we now have access to public records that would have taken us years to track down. (Side note: I do feel a tinge of guilt at the depth of information that I have access to, as I know that some nationalities and races do not have that luxury.) I can sometimes see their photos/portraits, the addresses of the places they lived, and even find out their occupations.

Of course, as many of us who have ancestors from England do, I found that I was related to royalty. Now it isn’t recent enough to travel to England and claim my place at the palace but it was enough to excite curiosity. Despite many of my ancient royal ancestors being so far out of reach that it would take a couple of seconds to list the ‘great greats’ to necessitate their actual relation to me; but how many of us can track our lineage to ‘royalty’. Before the advent of dating sites and social media, we predominately married within the confines of our geography, language, and socioeconomic status. If you look back into the history books of England and other European countries, you’ll find, according to UC Davis economics professor Gregory Clark “noble classes have always been fairly open to incorporating wealthy commoners…so a large share of the modern English will be related to someone in the past who was part of nobility. Specifically speaking, if you look back far enough, let’s say to western Europe circa 768 to 814, you’ll find that virtually everyone in Europe is a descendant of the ruler at that time: King Charlemagne.

As I researched the unknown lives of my paternal lineage and made my way through to find more royal ancestry, I was intrigued by the names and occupations of my relatives. Pulling up census information and war registry documents that list addresses and occupations was also very interesting. I came across my great-grandfather, George Pearl, and was especially excited to find a copy of his 1917 draft registration. This document is thanks to the 1917 Selective Service Act which was carefully drawn-up to remedy exemptions (which included exemptions for religious reasons, exemptions for dependency, substitutions, and many bribes/purchases of an exemption) found in the Civil War draft system. During World War I, the word ‘slacker’ was thrown around a lot in the United States. Anyone who purposely avoided military service would have been known as a slacker. This term was replaced with ‘draft dodger’ years later. Despite arrests and many ‘slacker raids’ that were aimed at tracking down evaders draft evasion continued. It is speculated that nearly 25% of the eligible population refused to register, report for induction, report to training camps, or deserted the training camp upon arriving. Most of the draft evasion took place in the South. This could be because most Southerners recalled or were affected by the carnage that took place during the Civil War but it could quite simply be a lack of documentation for many impoverished Southerners.

On my great-grandfather’s draft sheet, I found out that he was living in a completely different state at that time working as something that I had never even heard of. At that time, I can only deduce that my grandfather had moved North to purposely dodge the draft. While this isn’t exactly the proudest thing that I could find out about a family member, I was intrigued by his occupation at that time. The draft registration card indicates that my grandfather was living in a big city up North at the time and was working as a jitney driver. A 1915 article in the Saturday Evening Post claims that the nationwide phenomena started with L.R. Draper. The car salesman noticed a large number of people waiting for the First Street trolley and one July morning in 1914 he decided that he put a sign in the window of his car saying that he would take passengers to their destination three miles away for a jitney (which is a nickel). By October of that year, there were over 30 jitney drivers in LA and as word spread more jitney drivers would shadow the routes of streetcars as the demand for a variety of public transportation grew. Due to high levels of unemployment in not just LA but all over the US, the jitney driver phenomenon emerged across the US. The jitney service grew to be the transition point between rail service and public transit due to not only the popularity but to the fact that this jitney trade had put a serious hurt on the rail, electric car and trolley industry (and even bears a striking – and hopefully not as tragic – resemblance to the influx of ride self-employed riding sharing services like Uber and Lyft and their affect on the taxi industry of today).

Though jitney service’s popularity in that era waned as quickly as it rose to popularity, it allowed my great-grandfather to be self-employed until the war was over. After the war was over, he moved back home and started a family. And much like my aforementioned paternal 2nd great-grandmother, Caroline, this draft evader may not have some grand royal story like the ancestors that are a-fixed down the branches of our family tree; the unfolding story continues none-the-less out to me. I am thankful to add to the story and become another variation on a hopefully ever-growing tree.

Her Majesty the Queen by Joel Rouse/ Ministry of Defence – http://www.defenceimagery.mod.uk, OGL 3, https://commons.wikimedia.org/w/index.php?curid=39183110