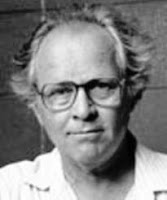 The 1960s was a decade that gave us a lot. The 60s brought us events that rocked our nation and world to the core and as a whole altered history. While the assassinations of US President John F Kennedy and Civil Rights icon Dr. Martin Luther King Jr were tragic, JFK’s promise of landing a man on the moon came to fruition, and Dr. King’s legacy and influence live on to this very day. The Cuban Missile Crisis, Civil Rights protests, and the Vietnam War may have been an ugly stain that has penetrated the very identity of our country; it dominated the minds of the American people enough that it changed politics.

While space was the final frontier in 1966 when the original Star Trek series hit airways, we find NASA landing a man on the moon, solidifying their lead in the space race. November 22, 1963, the assassination date of JFK, overshadowed the BBC’s November 23, 1963 broadcast of the very first episode of the iconic television show Doctor Who (a personal favorite of mine). A show that has continued to this day with a worldwide fanbase. While we found an audience of more than 400,000 people crowded onto Max Yasgur’s dairy farm in Bethel, New York, in a little festival called Woodstock in August of 1969, seven years earlier, we find Spider-Man swinging himself onto the pages of Amazing Fantasy #15. Many Arkansas natives drove their debuting 1964 Ford Mustang to Sam Walton’s newly opened Wal-Mart store. The skateboard culture rolled into the 1960s when frustrated surfers screwed roller skates on the bottom of wooden planks. Hippies and flower power. Muscle cars and Rock n Roll. Monty Python and the Twilight Zone. The events and happenings of the 1960s would influence the Pop Culture world and the world in general.

The 1960s also brought technological advances and Pop Culture phenomenons. It brought advances like the first audio cassette in 1962 or the introduction of the computer language in 1964. The 1960s also saw the advent of the first video game console, the first computer mouse, soft contact lenses, and in 1966 the Pringles can. The Pringles can? Why include a snack invention when seemingly more important things happened in 1966? Things like Star Trek airing its first episode or Indira Gandhi becoming the Prime Minister of India. Why chose Fredric Baur’s development of an ingenious way to stack chips in a can instead of tossing them haphazardly into a bag? Because Pringles are pretty amazing. I guess that’s the only reason necessary.

The life of the Pringles chip began a decade earlier in the 1950s. Procter & Gamble sought to produce a chip that would solve a common complaint that all of us have had. They had had endless complaints about broken, stale chips inside of a bag that is 75% air. So in 1956, they enlisted the help of American organic chemist and food storage technician Fredric Baur to create a chip that would be unbroken and be uniform in flavor and shape. Baur spent two years engineering the saddle-shaped chips. The double curvature, what is known as a hyperbolic paraboloid, creates a perfect balance allowing the chip to be thin and not be prone to breaking. It was during this time that Baur also designed the tubular can that would be used instead of a bag. Procter & Gamble even employed supercomputers to ensure that the chips were delivered into the aluminum-coated can to avoid breakage in the factory.

Baur created a delivery system for his newly shaped chips; what he could get right was the flavor. Despite using a fresh dough recipe, Baur couldn’t get the taste right. While they gave Baur another assignment for another product, another research for Procter & Gamble researcher named Alexander Liepa continued work on the Pringles product. Liepa perfected the taste.

The snack, described as ‘a potato chip product…prepared from dehydrated cooked potatoes,’ would go on a roller coaster of popularity throughout the years with Alexander Liepa credited as the creator; without Baur’s research, Pringles as we know it would be completely different. Baur was proud of the work that he did for Procter & Gamble. So much so he asked to be buried in a Pringles can. Baur’s children honored their father’s dying wish after they placed some of his ashes in a Pringle’s container in his grave. Baur’s most significant accomplishment was the vessel that delivered him to his grave. That is symbolic evidence of having pride in your life’s work.