The first image that pop’s into your head when you think of a van is probably some minivan driven by a 30-something soccer mom. If you were a child of the 80s like me, your first thought may be the now infamous pop culture icon that is the 1983 black GMC Vandura van with iconic red stripe and black and red turbine mag wheels used by the A-Team. Others may envision Scooby Doo riding shotgun in the Mystery Machine, or a group of hippies piling out of a Volkswagen bus. Whatever that vision might be, its a vehicle that we are all familiar with. 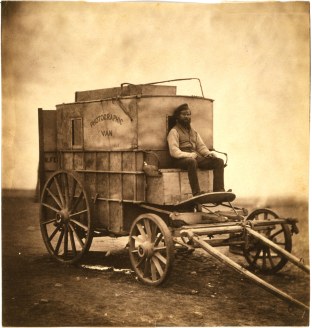 time meant a convoy of multiple wagons. The word van is used interchangeably for a variety of vehicles (mini van, cargo vans, passenger vans, box trucks, panel vans, etc etc); but the history and evolution of the van deserves more respect than that of some soccer mom with 3 kids in tow on the way to ballet practice with one daughter after dropping off another daughter at a soccer game. The van has been a staple in personal as well as business related transportation for over a century. So how does something with such a long resume of use all over the world became the stereotypical ‘mom’ vehicle?

A van is a vehicle used for transporting goods or people. Sounds simple enough right? But depending on the type of van, the van could be larger th 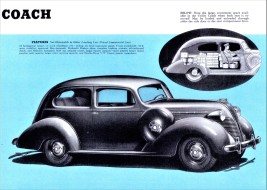 an a full size SUV (ie the Ford Transit van) while a mini MPV is essentially a compact car with a large hatchback roof (ie the Fiat 500L). The precursor to what we now know as a van in America can trace its way back to the delivery Sedans of the 1930s to late 1950s and looked similar to a station wagon or car with a large back area for storage. It wasn’t until the 1960s that we see contact vans, like the Volkswagen Bus. Over the decades to come, standard or full size vans were produced by most major companies: Ford, Chevrolet, Dodge, Chrysler. Full size vans were equipped with seats and could transport up to 15 passengers at a time, while that same van could be equipped by for the businessman. Painters, cleaners, etc could literally carry their company’s equipment with them in the back of the van. 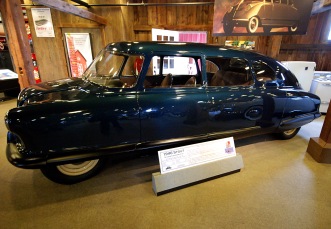 At the same time that transport vehicles appeared to be more like sedans with large backs used primarily for deliver; the van was evolving on other end of the spectrum. In 1936 Stout Scarab created a vehicle with the second row seats that could turn 180 degrees to face the rear and a removal table. Then in 1949, the DKW Schnellaster was the first vehicle to feature the physical characteristics of the modern day minivan. A prominent minivan feature was introduced in 1968 when Volkswagen even introduced the sliding side door on their van. This sliding door was found on the 1984 Chrysler minivan which arrived on the market and quite literally replaced the station wagon as the passenger car of choice in the US. The minivan, yes the minivan, was described in the

New York Times as one of the “hot cars coming out of Detroit” but as time went on the minivan’s market share peaked in 2000 with sales slowing dramatically. A New York Times journalist in 2016 wrote that minivans had just became “uncool at any speed”. Despite minivan sales increasing in 2013; sales were literally cut in half nationwide from the year 2000. But thanks to the renovations of the Honda Odyssey, Toyota Sienna and Chrysler minivans, the minivan is helping keep the van treading water. Many servicemen are turning in their trucks with work beds for a more comfortable ride in something like the new Ford Transit cargo van. Between the light commercial vehicles and the minivan…maybe we can ride past the negative stigma that vans have received in recent years. Maybe we can ride by in a minivan…in a captains chair watching Spongebob on a 19 inch television monitor hanging from the roof. 😉 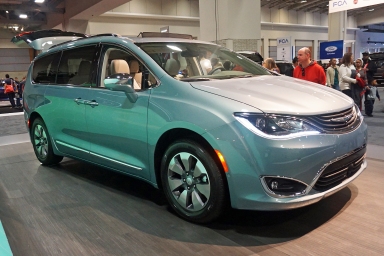 Roger Fenton’s photographic van, 1855 by and accredited to Roger Fenton (1819–1869) – This image is available from the United States Library of Congress’s Prints and Photographs division under the digital ID cph.3g09240. Public Domain, https://commons.wikimedia.org/w/index.php?curid=2280085