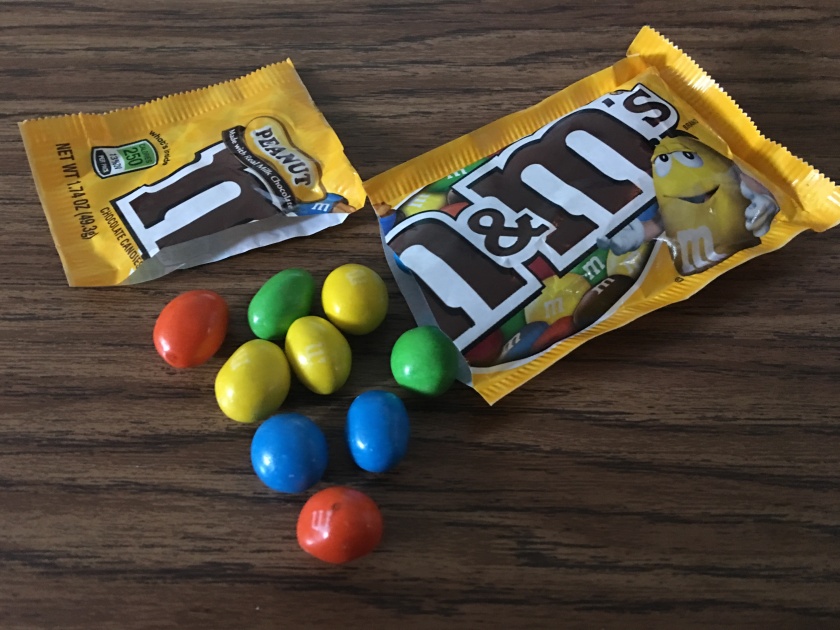 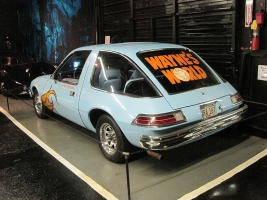 1993 brought a lot of things that are now forever ingrained into the Pop Culture landscape. Millions journey to get engaged at the top of the Empire State Building because of Tom Hanks and Meg Ryan’s rom-com hit “Sleepless in Seattle”. ‘The Truth was finally out there’ when The X-Files first aired and Bill Murray’s continuously looping “Groundhog Day” made us fear waking up doing the same thing over and over. Jurassic Park beat E.T. to become the highest-grossing film at that time. Nirvana was a musical guest on Saturday Night Live’s fall season premiere which was hosted by Charles Barkley. Shall I go on? No? I didn’t think so but while we’re hinting around at the cultural influence that Saturday Night Live had during the 90s; and the fact that the powerhouse pushed out Pop Culture hits in 1993…like the sequel to Wayne’s World. Wayne Campbell and Garth Algar returned to the big screen in 1993. “Party on Wayne.” “Party on Garth.” We found them filming their public-access television show inside of an abandoned factory building in Aurora, Illinois but after an Aerosmith concert, Wayne’s life is forever changed. Jim Morrison and a weird naked Indian comes to Wayne in a dream and tells them to organize a major music festival. He instructs them that they must hire and find his former roadie, Del Preston. Del Preston was a roadie for some of the biggest names in the Rock n Roll business and he tells them a story about Ozzy in which he says:

So there I am, in Sri Lanka, formerly Ceylon, at about 3 o’clock in the morning, looking for one thousand brown M&Ms to fill a brandy glass, or Ozzy wouldn’t go on stage that night. So, Jeff Beck pops his head ’round the door, and mentions there’s a little sweets shop on the edge of town. So – we go. And – it’s closed. So there’s me, and Keith Moon, and David Crosby, breaking into that little sweets shop, eh. Well, instead of a guard dog, they’ve got this bloody great big Bengal tiger. I managed to take out the tiger with a can of mace, but the shop owner and his son… that’s a different story altogether. I had to beat them to death with their own shoes. Nasty business, really. But, sure enough, I got the M&Ms, and Ozzy went on stage and did a great show.

David Crosby and a Bengal tiger? Ozzy requesting 1000 brown M&Ms in a brandy glass? Seems ridiculous right? I always was intrigued by this story because I had always heard of the elaborate demands that bands make before they’ll go on stage but there is no way that something like this could be true. Right? Well, the story might not be as far fetched as it would seem.

Well, all know that rock concerts have come a long way since the Beatles were

performing in hockey rinks and dance halls. The bigger the band got…the bigger the venue got. Alongside the band growing, was the growing list of demands that the bands would require promoters. No longer did they just ask for a few bottles of Pepsi and some clean towels…oh no. The larger the crowds, the more money that there was to be made. The rock stars could command higher dividends, and also make sure that their luxurious accommodations would be satisfied by the promoters. Bands and performers started to make frivolous demands of promotors just because they could. Example: In college, I worked for UNCW and at one of our on-campus concerts; Hootie and the Blowfish refused to perform unless we had a specific beer for them….so away we flew to the grocery store to buy their specific brand of beer. Another example is the true story that inspired Del Preston’s M&M story from Wayne’s World 2.

The most notorious band provision contract was that of Rock n Roll legends Van Halen. No one can deny that Van Halen ruled the world throughout the 80s and 90s and are still filling arenas to this day; but what’s up with the M&Ms? The band requests included the surface that the stage would be built on all the way to the snacks that they wanted in their dressing room. Potato Chips with assorted dips, nuts, pretzels, Twelve Reese’s Peanut Butter cups, assorted Dannon Yogurts, and a bowl of M&Ms with all of the brown M&Ms taken out were just a few of the items listed. Wait for a minute….no brown M&Ms? Supposedly the presence of even one single brown M&M in a bowl of M&Ms was sufficient enough to cause the band to break legal bindings with the venue and peremptorily cancel a scheduled appearance without notice. Sometimes finding one brown M&M would cause the band to proceed with the full onslaught of destruction to the dressing room. Since it has been confirmed that this contract clause was real (due to a copy of the contract rider from Van Halen’s 1982 world tour has confirmed it); what in the world did Van Halen have against brown M&Ms?

The now legendary ‘no brown M&M clause’ was not included in the contract for a gastro-influenced reason. It provided a simple way of determining whether the technical stipulations of the contract had been thoroughly read and complied with. Van Halen lead singer David Lee Roth explained in his autobiography that when they began touring that they were rolling up to venues with a convoy of eighteen-wheeler trucks, full of gear and the venue would not have bays for them to unload their equipment. Or the steel girders of the stage would sink into the floor due to the weight. Or the doors weren’t wide enough to even bring in the stage gear. A contract rider is a huge document that sometimes the punch list of items was not followed through by the facility. Roth says that “…if I saw a

brown M&M in that bowl….guaranteed you’re going to arrive at a technical error. They didn’t read the contract. Guaranteed you’d run into a problem Sometimes it would threaten to just destroy the whole show. Something like, literally life-threatening.” So if part of the stage was not structurally sound due to the venue not fully reading the contract then the results could be devastating. So if they saw brown M&Ms that meant that they would have to do a complete line-check of the entire production to prevent damage to equipment or to prevent potential harm to the crew, band or concert attendees. Sure the M&M stipulation got a little out of hand when Roth did $12,000 worth of damage to a dressing room while the production equipment did about $80,000 worth of damage to the floor of the Colorado University basketball court. So of course news outlets and MTV thought that a story of a drugged Rock n Roll band doing $95,000 worth of damage to a University because of the lead singer’s distaste for brown M&Ms sounded better than said university not following the protocols of a contract thusly resulting in damage to their new basketball court.

Garth’s Merthmobile photo by and attributed to Thomas R Machnitzki (thomas@machnitzki.com) – Own work, CC BY 3.0, https://commons.wikimedia.org/w/index.php?curid=19551735