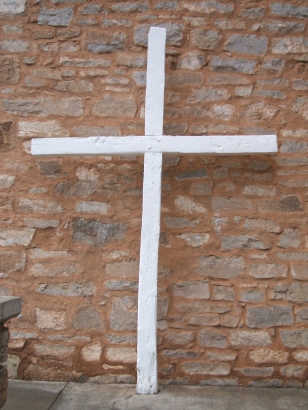 Over the years, being a Christian has became less and less of an okay thing. This is a total truth in Pop Culture. Whether this is due to society only seeing the negative aspects of hypocritical Christians or whether the world at large would rather not involve a benevolent God into their lives; having to traverse this life, when in certain walks of life you are laughed at for your beliefs, makes it extremely cumbersome. As a Christian, I try to bite my tongue when my friends do not share my personal religious beliefs but I have had some ask me how I can watch Doctor Who which in no way supportive of organized religion or even The Big Bang Theory TV show whose lead character, Sheldon, pokes fun at his religious mother. So am I a hypocrite for watching Doctor Who on Saturday night and getting up on Sunday morning to attend church? What about my love for astrology and interest in science? What about my favorite novel; or better yet what do my comic books say about religion? Can my Christian faith exist in a comic book world?

In the 2012 movie The Avengers, Captain America is advised to ‘sit the fight out’ because, since Black Widow considers Thor and Loki to ‘practically be Gods’. Captain America’s response of “There’s only one God, ma’am, and I’m pretty sure he doesn’t dress like that,” caused a smile to creep upon my face. Now the atheist movie viewer may have heard this and blew it off as Cap’ averting the confidence in his own abilities but the Christian in me heard something completely different. Cap stood in the face of the Asgardian ‘Gods’ and realized that they were fallible and not anything like the God in which he believed. He knows what Thor himself admitted that the Asgardians aren’t gods. In a pre-Korvac storyline, the Avengers venture into a church and Thor himself feels uneasy because he admits that Christians don’t think much of Thor. It is pointed out by his conversation with Wanda (aka The Scarlet Witch) that even Odin does not consider himself to be a the ‘Supreme Divinity’. Thor again admits to his not being a supreme being in a current issue of the Thor comic, where he is confronted by a small child who calls him a liar. The little child calls him a liar because he is claiming to be a God and that he was taught that there was only one God. Thor tells the child that he is a higher being, but there is a higher being than he and his kind. Thor and the Asgardians are an extremely advanced alien race whose technology made them appear to be all powerful creatures to the humans that they visited long ago. They whether fact or fiction, did have a hand in shaping our culture. So, I think that when Marvel or the Marvel Cinematic Universe refers to these Asgardians or any other celestial creatures as ‘god’ they are simply referring to the fact that they are ‘the thing of legend’ like the beautiful Black Widow says in the 2012 Avengers movie. In contrast with the ecclesiastical Judeo-Christian God whom we refer to as “God”, these other ‘gods’ do not hold absolute power nor are they all knowing. Am I saying that Thor worships Jesus…not by any means. What I am saying is that Thor, much like Captain America acknowledges that THE God exists.

not. I think that we need to remember that while Cap’ was frozen in time, using bad language sadly became a norm. But I don’t know is what is inside the once frozen heart of America’s greatest Soldier. I do however know what lies within the heart of the mutant whose blue appearance, cloven feet, prehensile tail, pointed ears and an overall demonic appearance: Kurt Wagner. Kurt Wagner, commonly known as the Nightcrawler, came to us in all his blue glory in the 1975 Giant-Size X-Men #1 and hasn’t stopped transporting himself into the Marvel Universe’s story lines since. In my early years as a comic reader and cartoon watcher, I was enthralled by the X-Men. In the early 1990s, the X-Men: The Animated Series was quite simply amazing but an episode in 1995 (Episode 44 titled “Nightcrawler” to be exact) brought the little Christian in me to tears. I, being raised in the church, was not used to seeing any Christians on main stream television. (Other than one of my other favorite shows that I grew up watching: ‘Walker Texas Ranger’. Gotta love Chuck Norris.) On this specific episode of X-Men; Rogue, Wolverine and Gambit go on a vacation and as always, find something eery going on when they get there. They hear tell of a demon haunting the local church, whom we find out to be the friendly yet demonic looking Nightcrawler. Wolverine wants to rip the townspeople apart for their wanting to hurt Nightcrawler based on his appearance but Nightcrawler demonstrates his strong faith in God by forgiving the people that judged him and even helped Wolverine deal with some of his internal demons. Nightcrawler’s confession of faith in this episode as well as episode 68 where Nightcrawler is revealed to be Mystique’s abandoned son. In the event that people want to scrutinize Nightcrawler and say that after becoming a Catholic priest he had many human like struggles with his faith, we cannot deny that just this inclusion of God is impressive to a Christian and a powerful testimony to God.

In Pop Culture and in the comic universe, there are countless instances where Christians are viewed as back-woodsy and less intelligent humans who distort the word of God for their own motives. So the few times in which a Christian or just a person having faith is shown in a positive light will always be a good thing in my eyes despite many comic characters (such as Ghost Rider, Spawn, The Redeemer, the Anti-Spawn, etc) showing Christianity and the battle between Good and Evil in other lights. Whether the characters who were given power by God, the Devil or have had interaction with God; the mention of religion in comic book universes is not foreign. The historical figure out Jesus actually appeared in comic books many times and Marvel even produced many Biblical stories.

So can a Christian be a fan of the different aspects of Pop Culture and even find a paragon within the comic book universe? The answer is unequivocally yes. While Philippians 4:13 is synonymously linked with finding strength, Superman also is quoted as saying that “(y)ou’re much stronger than you think you are. Trust me.” So some of the most powerful writing on the planet can be found in your Holy Bible but could be also be found within has been found within the 20+ folded pages of drawings and words. 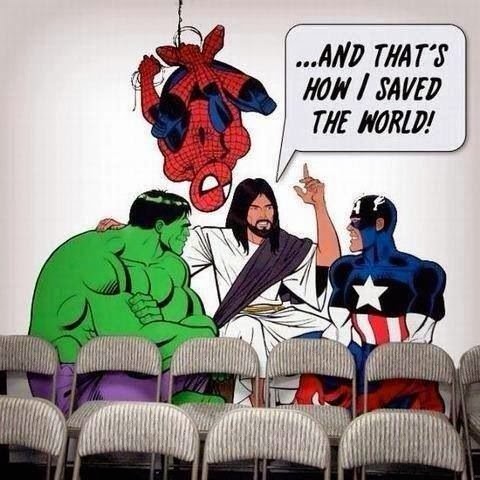 An Old Rugged Cross by and accredited to Chris English, CC BY-SA 3.0, https://commons.wikimedia.org/w/index.php?curid=56580686