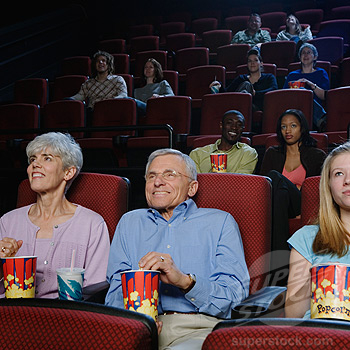 It’s so easy to get caught  in the whirlwind of videos that just get continuously thrown your way on youtube and this is especially true when you find the upcoming movie trailers lineup. I have always loved the movies and the movie going experience; so I watch new movie trailers to see which movies that I should get excited about. The bad part about watching movie trailers to see which ones that you will be excited about is that you have to (to crudely use a biblical reference here) separate the wheat from the chaff. The reason why….well let’s face it, some movies are bad and sometimes even the movie trailers can’t hide how bad that the movie is going to be.

Since I am definitely a trusted authority on the quality of a movie (oh that is just bleeding with sarcasm), I am going to give you my opinion and a short review on the upcoming movies that I think is the wheat or what should be tossed in the garbage:

Separating the Wheat from the Chaff:

Rogue One: A Star Wars Story

Ever since we found out that they were doing stand alone Star Wars stories, everyone got excited; but when the trailer for Rogue One played when we watched Star Wars: The Force Awakens in theaters back in 2015, excited was not the word that you could use to express how excited everyone was. So this stand alone Star Wars story (which would fall chronologically between Star Wars: Episode III – Revenge of the Sith and Star Wars: Episode Iv – A New Hope) introduces Jyn Erso, a Rebel soldier and a Han Solo-esque criminal, who is asked to steal the plans for the Death Star. Should be exciting to see old faces (ie Darth Vader, Bail Organa) and finally see the on screen debut of Saw Gerrera and K-2SO (who is played by Alan Tudyk!). And don’t worry if you think that you’ll be confused because you are confused why you don’t see Luke and Leia.

Besides having a cast made up of a couple of Hollywood’s hottest actresses (Jennifer Aniston and Olivia Munn), this crap storm of a ‘holiday’ film will not be worth the price of your bucket of popcorn. The movie showcases everyone’s second favorite pothead, T.J. Miller (coming in a cold second to weed giggles himself – Seth Rogen) whose uptight sister tries to stop their epic company Christmas party. The party gets out of hand and you get to see wasted people do stupid things. Sorry but I have better things to do…..like stump my toe on a coffee table or….accidently step on a thumb tack…..or you forget to take all of the shell off of your boiled shrimp and it gets stuck in the back of your throat and you almost choke to death. I think those scenarios would work out better than watching that movie.

SO……They made another Transformers movie. Some of you are over joyed but most of you are probably like me, wondering why in the world Michael Bay is talking these production companies into sinking millions and millions of dollars into a failing movie franchise. There are so many other dynamic movie ideas (IE other 80s toy lines that could be made into Blockbuster movie franchises (Thundercats, He-Man, or M.A.S.K.). The movie’s storyline is much like the rest of the Transformers movies: Optimus Prime realizes that his home planet of Cybertron is now a dead planet and he feels like he is the one who is responsible for its destruction. Now that he feels that way, he tries to bring his planet back to life but the artifact that he needs is on Earth. And people are trying to kill him. People will work with him to help him find it. Blah blah blah. Honestly the graphics for the movie look great; and the storyline looks pretty dark nor does it look any worse than the other Transformers movies. It definitely won’t be a movie that I’ll be seeing before it comes out for free on Amazon Prime.

Loathe is a extreme word to use in regards to a movie but I almost LOATHE all romantic comedies. I especially loathe romantic comedies that use shock value to gain more viewers. Why Him? stars everyone’s favorite meth making high school chemistry teacher Walter White. Well this time we have a conservative Midwestern Bryan Cranston as a father of a beautiful young daughter who has fallen deeply in love with a sweet yet overwhelmingly vulgar internet billionaire named Laird (played by the almost irrelevant James Franco). The movie looks like your usual ‘dad hates guy that daughter loves…so lets try to get her to see how terrible he is but I end up falling in love with him just like the rest of my family does’ movie. Throw in the extreme vulgarity that Franco’s character spews in the previews and it looks almost unbearable. Of course, if you’re into that sort of thing….feel free to fill your mind with this mind numbing piece waste of film.