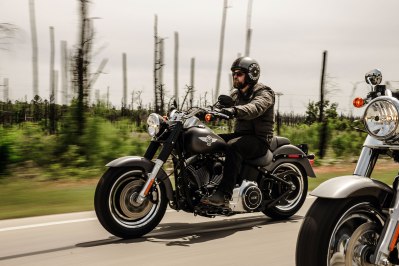 There’s just something about riding a motorcycle. The sun at your back and the wind whipping past you, as you cut across the asphalt on your Harley-Davidson Fatboy. You can picture that in your mind, right? You can hear the thunderous exhaust roaring behind you. You can smell the fresh air. You can see the car coming, veering slowly veering into your lane!!!! Be careful there in your day dream because the United States Department of Transportation reports that there are 37 times more motorcycle fatalities than car fatalities per vehicle mile. 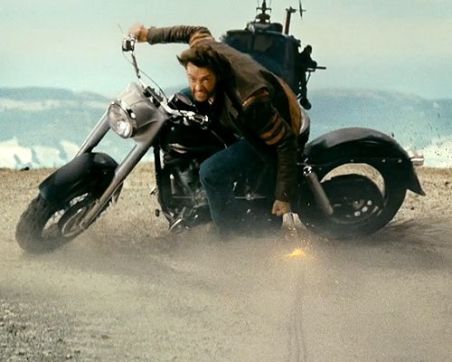 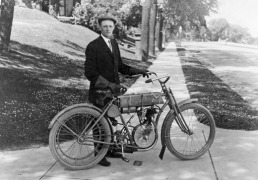 three-wheeled) beasts motored their way onto the automotive scene in the late 1800s. Beginning in the second half of the 19th century, motorcycles went from a bicycle with a pedal crank motor to a steam-powered big wheel cycle to something reminiscent of what we know today. By the time the 20th century rolled around, William Harley and his childhood friend Arthur Davidson along with Arthur’s brother

Walter started working on their ‘motor-cycles’ and set out on a journey that no one would ever imagine. The company would be one of two cycle manufactures to make it 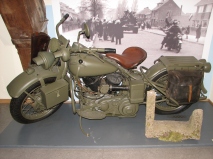 through the Depression, had riders winning thousands of races, supplied motorcycles to the Army in World War II and until 1969, when Harley-Davidson was purchased by AMF, Harley-Davidson continued to grow in popularity.  The new purchase caused more expensive bikes made with less quality but that all changed in 1981 when the company was purchased by a group of investors (one of whom was the grandson of William Davidson). 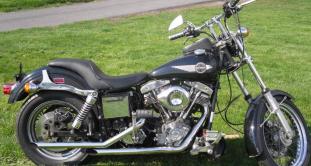 After this purchase, Harley-Davidson started appealing to the ‘retro’ crowd and adopted the look and feel of their earlier bikes. Thusly models like the Softail and the Fat Boy were created and once again were the heavyweights in their field. When most people think ‘motorcycle’, they envision a Harley-Davidson. They might not be able to tell you the difference between a 1941 Flathead 1200 cc engine and a 1984 1200 cc Shovelhead; but they can recognize the throaty growl of  Harley coming down the road.

HOG’s are everywhere. By the way, when you hear someone call a Harley-Davidson a ‘hog’, the reason is because there were a group of farm boy racers who became known as the ‘hog boys’ because they were ‘hogging’ all of the race wins. The group even began to bring a hog to the race to ride on the Harley during the victory lap. Because of the this nickname, Harley-Davidson turned the ‘hog’ nickname into the acronym “HOG” which stands for Harley Owners Group. This nickname was so important to Harley-Davidson that they changed their stock exchange ticker symbol from HDI to HOG. The simple fact of the matter is that Harley-Davidson is part of our American lexicon. It is part of American pop culture. When you think motorcycle, you envision a Harley Davidson.