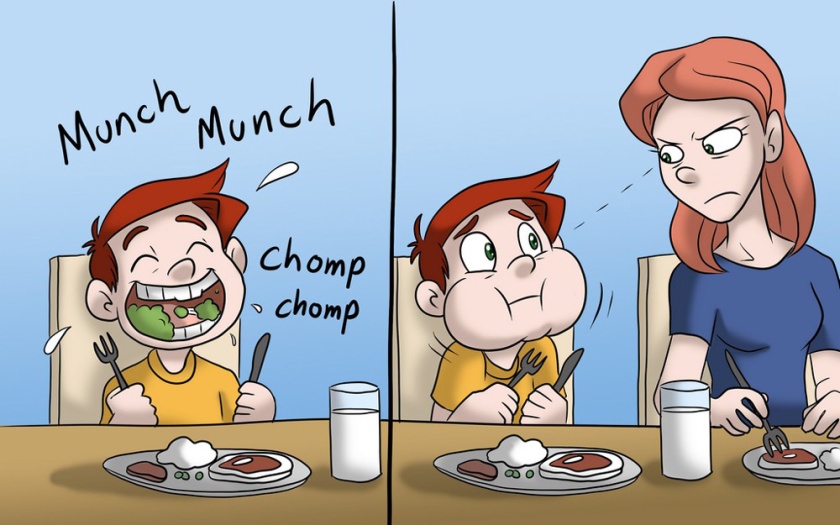 I don’t feel bad for the statements that I am about to make. The rant that you are about to witness unabashedly displays the disgust that I feel when I hear someone open-mouth chew. Whether you’re chewing gum, open-mouth crunching down on popcorn at the movies or licking the wing sauce from your fingers at Hooters; I would prefer to not be able to hear such noises. I’m not telling you that everyone feels this way because I’ve had some people say ‘well that just doesn’t bother me’ or ‘you just have to not pay attention to stuff like that’. Well I beg to differ. It’s a real problem.

Just imagine, you’re sitting quietly in a classroom; trying to displace the huge lump of anger building up inside your chest as the sound of someone’s gum-chewing or pen clicking is about make you burst. The feeling that you have is caused a disorder: Misophonia. The term was coined by the clinical researchers that were studying the effects of ear ringing about 15 years ago. Misophonia means the ‘hatred of sound’ but mostly is in reference to the abrupt hatred of the repetition of human created sounds. Most often sounds like 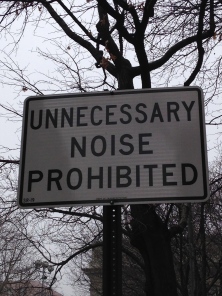 lip smacking, chewing, chewing with mouth open, pen clicking, heavy breathing, opening a candy wrapper, foot tapping or other repetitiously created sounds do not just annoy the sufferer but the sound cause extreme distress and sometimes anger. The result of this distress and anger causes a raised blood pressure and lack of concentration which in turn causes the sufferer to lash out verbally or physically.

Now I know what you’re thinking. This controversial psychiatric disorder sounds like someone’s really good excuse for being aggravated over something that you consider trivial. A small section of the medical community thought so as well but in 2013, an Amsterdam research team came up with the diagnostic criteria that would cause misophonia to be classified as a new psychiatric disorder. The team interviewed 42 people with similar symptons and triggers and found that the sufferers that were diagnosed with misophoia avoid social situations and have to sometimes use headphones to try and block out any offending sounds. The daily stress over receiving and trying to avoid these triggers would warrant the validity of this disorder. 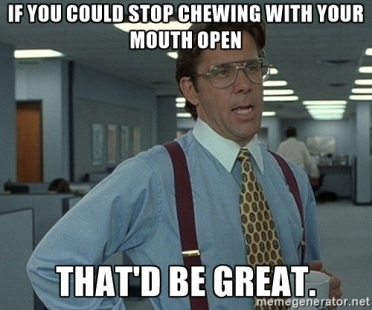 Whether Misophonia is its own disorder or if it is linked to OCD; (as some scholars believe) your public mastication – the chew, smack, chew, smack, smack, slurp, slurp – is driving people mad. Misophonia fills some of us with a gut-wrenching rage that takes us over the edge. Open-mouth noises, pen clicking or loud chewing distracts some of us to no end. Pet peeves are everywhere and affect a huge majority of the population but this aggravation to certain sounds legitimately enrages some people. So if I politely tell you to shut your pie hole while you’re chewing, please don’t be upset and think that I’m a jerk. Let’s just teach our kids and remember ourselves to keep our lips together while you are chewing. And stop tapping your pen. Thanks.