So we established in Imitation is the greatest form of flattery: Part 1 that just because ‘imitation is the greatest form of flattery’ doesn’t always mean that the end result pleases everyone. I’m pretty sure that Jazz purest don’t necessarily find rock music appealing, despite them sprouting from the same family tree. We also established that despite some people’s unhappiness, this imitation has greatly impacted the evolution of music in general. So let’s think about my another side of imitation: mimicry. When one group, artist or composer imitates another artist’s work and improvises to make the style he/she/they have aided in the creation of new or improved music; but what about a group, artist or composer utilizing another group, artist, or composers work and producing it in their new individual, stylistic manner?

So, as you can guess, we’re talking about covers. We love them, hate them, don’t even

realize that our favorite song might be one, 0r much like the Larvae of the Hemeroplanes Tripolemus Moth this created imitation is far from a proper delineation. The Larvae of the Hemeroplanes Tripolemus Moth obviates him/herself from becoming a trophic insertion into the food chain by its transmuted appearance. By transmogrifying the larvae to look like the head of a snake, the larvae protects itself during a truly vulnerable time. Like the moth’s mimicked appearance, just because someone makes something that looks like a snake…doesn’t make it a snake. If it walks like a duck and quacks like a duck, it doesn’t necessarily have to be a duck. 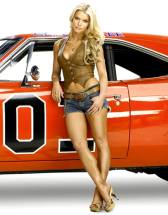 Jessica Simpson, Johnny Knoxville and that jerky jock from American Pie (yes I know his name is Sean William Scott) whose only redeeming factor was the fact that Willie Nelson starred as Uncle Jesse? Well that movie’s soundtrack featured a cover of Nancy Sinatra‘s infamous 1966 classic “These Boots are Made for Walking” by a beautiful yet ditzy Jessica Simpson. This song is a prime example of how an imitation can almost be a slap in the face to the original. Better yet; we can move along in the pantheon of terrible movies that were thrown together during the 2000s and reminisce about Britney Spears’s one, and thankfully only movie: Crossroads. Better yet we can try not to remember the assault on our ears that

was Britney‘s karaoke version of Joan Jett And The Blackhearts‘s cover of “I love Rock n’ Roll”. This cover of a cover wasn’t the first time that Britney tried her hand at mimicry that ended up looking more like a mockery. I remember very well being an 18 year old male watching the 2000 MTV Video Music Awards when Britney donned a men’s business suit and covered the Rolling Stones “(I can’t get no) Satisfaction” before ripping her clothes off to perform her infamous “Oops…I did it Again.” My teenage self was unable to concentrate on any lustful desires of Britney Spears due to the butchery that was her cover of a Rock n’ Roll classic. I must say that it is not only pop star princesses that are guilty of the debauching of a classic song. After the success of their 1997 cover of George Michael‘s “Faith,” Limp Bizkit (which I admit that I do love both versions) must have thought that they could relive their initial success by slinging another cover song at the pop charts. In 2003 they decided to cover of The Who‘s “Behind Blue Eyes’. I…I…I…can’t even begin to explain how terrible of a rendition that this song was. I was, and still am, a fan of Limp Bizkit’s early work but I was forced to turn the radio when this garbage came through the radio air waves.

There are times that the imitation turns out to be just as good as the original. It is rare but sometimes it does happen. Think of the one hit wonder that is Sinead O’Conner. Where would she be without Prince and his classic hit “Nothing Compares 2 U”? Think about Patsy Cline.  “Crazy” is the first thing that you thought of correct? Well did know that the classic ballad was written and recorded by Willie Nelson? What about Stevie Wonder‘s “Superstition”? Did you know that the song was originally written by Stevie for Jeff Beck. The song was recorded by Stevie thanks to Motown head Berry Gordy after he heard the song in its completed version. The Bee Gee’s had multiple chart topping hits but did you know that they originally wrote and performed Al Green’s “How Can You Men a Broken Heart?”?

So is it possible for someone to take a piece, tear it down and remold it into a more beautiful creation? The answer is yes. As with as Al Green’s passionate and searing voice that pierces the soul and thusly surpasses the greatest of the original track. I won’t list all of the times that this has happened but I will list my top 3 favorite remakes that surpassed the greatest of the original tracks.

Number 3: Jimi Hendrix, “All Along the Watchtower originally recorded by Bob Dylan. The song is almost incomparable due to Hendrix’s beautifully executed sounds produced from a flipped Fender Stratocaster. Hendrix’s version of the song surpassed Bob Dylan’s own popularity so much that every that Dylan performed the song, he saw it as a way to show acknowledgement to the man that reinterpreted and reinvigorated such a memorable song.

Number 2: Metallica’s Grammy award winning cover of the Thin Lizzy cover of The Dubliners cover of a well known and well covered Irish traditional drinking song: Whiskey in the Jar.

Number 1: Johnny Cash’s chilling rendition of the Nine Inch Nail‘s dissonant 1994 hit “Hurt”. The mortality questioning piece was recorded mere months before his death. What was once believed to be a suicide note by Trent Reznor, Johnny Cash’s quivering voice breathes contextual sadness to his and the love of his life, June Carter Cash. As a fan of the original and an even bigger fan of the remake; you can only see the correlation to the lyrics and the tumultuous life that Johnny Cash lived.

And I would be crazy to not include one honorable mention because of the cultural influence of said work. Honorable mention goes to Elvis Presley‘s ground breaking version of Willie Mae “Big Mama” Thornton‘s raspy classic “Hound Dog”.

So is it really true that imitation is the greatest form of flattery or is it fair to say that sometimes, that imitation is even more impressive. Like the genius evolution of a moth that can alter its exterior appearance during its larvae period to mimic that of a snake. He/she may not turn themselves into a snake but the look is mighty impressive .