I’m going to make a statement and after I make it, I want you to admit to yourself that you had a moment of truly unjustified judgment placed upon me: “I watch professional wrestling”. Those of you who don’t watch wrestling, I can almost certainly estimate that you unjustly judged me. I could bet that at least one of you first had the thought ‘wow, I didn’t realized he, missing 7 teeth, lived in a Redneck trailer park in the deep South and dropped out of school after failing the 7th grade for the fourth time’. So, maybe it wasn’t that extreme but you know what I am talking about. As of late, there has been such a negative

attitude towards ‘professional wrestling’ but in reality ‘wrestling’ has had such a colorful American and worldly history that it is almost unimaginable to not include Wrestling in the colloquial nomenclature of what is just…well truly American. I guess the 70s jingle should have sounded something like “baseball, hot dogs, apple pie, Chevrolet and wrestling”. Wow, just think of the advertising possibilities.Greek wrestling was the most popular sport in Ancient Greece and was the first sport to be added to the Olympic Games that was not a foot race. It was added in 708 BC. Sumo Wrestling has been a competitive sport in Japan since the Edo period while Sumo Wrestling has been performed in Japan for many centuries prior. The list could go on and on for types of wrestling from around the world but the professional wresting that a lot of people think about today has only been around since the late 1800s. During that time period, a lot of the wrestlers were actually

just amateur athletes who traveled with carnies and learned their theatrics. That’s right, most wrestlers got their start in the circus. Most traveling grand circuses included wrestling exhibitions and these exhibitions quickly went from the Greco-Roman grappling to the more recognizable colorful costumes and fictional biographies for the entertainment of the crowd that we have come to love.

Throughout the late 1800s and into the early 1900s, wrestling rose in popularity and upon the creation of the National Wrestling Alliance, known now simply as the NWA, in 1948 which unified the independent wrestling companies that had sprouted up in the US and brought together one ‘world champion’. Wrestling continued to flourish into the 1950s when an even larger fan base was able to gorge themselves on the Golden Age of wrestling thanks to the advent of the television. More colorful characters were created and wrestling promoters like Vince McMahon Sr. blossomed with the popularity after the immersion of wrestlers like Vern Gagne, Nick Bockwinkel and

Lou Thesz (who was the first unified champion under the NWA). Wrestlers like Bruno Sammartino, Andre the Giant and the Nature Boy Ric Flair who started their careers earlier rode the wave of popularity into the 1980s which is known as the time period when professional wrestling got its biggest boom. With professional wrestling spreading like wildfire amongst the youth of America, some of the most spectacular characters became

household names. Vincent K. McMahon’s WWF (formally known as the WWWF when the company was owned by his father Vince McMahon Sr.) expanded as a worldwide entity and exposed the whole nation and world to their product. Nature Boy Ric Flair rode in with his Four Horseman while The American Dream Dusty Rhodes, Sting, The Steiner Bros, The Ultimate
Warrior, Macho Man Randy Savage and the world’s most famous wrestler Hulk Hogan brought the WCW (formally known as the NWA after being purchased by Ted Turner) and WWF to houses every week and in stadiums, PPVs and television (including the WWF “The Main Event” being the highest rated wrestling television program to date

with a staggering viewer rating of 15.2 and a walloping 33 million independent viewers).

Into the 90s, WWF’s Monday Night Raw and WCW’s Monday Night Nitro along with ECW (Extreme Championship Wrestling whose Hardcore style wrestling and adult themes drove the 18-25 demographic wild with bloodlust and sexual tension in the mid 90s) fought to be the best; and by the mid 90s this competition was a definite war and once a week caused wrestling fans to choose which show to watch due to both shows competing for air time on rival networks. Millions and millions of fans around the world viewed Stone Cold Steve Austin, The Rock, the Undertaker, Diamond Dallas Page, Degeneration X, Chris Jericho, the New World Order, and many others every week fight for the attention of hard core wrestling fans.

Into the 2000s, wrestling maintained its popularity even after Vince McMahon bought out his major competition: both the WCW and ECW. The company died down a lot of its sexual antics and wrestling fans saw less blood but wrestling still held its fan base despite the PG persona. So why is wrestling viewed in a negative light? It is a multi-billion dollar industry whose front running company, the WWE, is producing one of the longest running episodic

television shows ever. So, why are people so hush-hush to admit that they watch it in certain circles? One could point to the WWE’s decision to use the term ‘sports entertainment ‘ to describe professional wrestling because as we all know ‘wrestling is fake’. The WWE (WWF at that time) started to use this phrase due to the 1989 New Jersey Senate’s sports hearing in which the classification was put in place to not have the ‘sports entertainment’ industry regulated like a directly competitive sport (NFL, NBA, MLB, etc). So did the WWE shoot itself in the foot by placing itself in the same category as the Harlem Globetrotters because their level of theatrics and extravagance was meant to entertain and not be a blood sport? Once Vince let the cat out of the metaphorical bag that ‘match fixing’ occurred and that scripts were used…a lot of the steam did seem to be taken out of the sales. The simple fact is that there isn’t that much competition out there anymore, so the WWE is okay producing a mediocre product? Is wrestling anything more than a mind numbing misogynist, chest beating soap opera for men? Should I feel bad when my family sits down to watch this year’s Wrestlemania? The answer is no. If my enjoyment of a product means that you will think less of me, then I guess you just have to judge my character and watch me prove you wrong. Now I think I’ll go outside and play some baseball with my son because you know baseball is as American as apple pie, Chevrolet and Professional Wrestling. 😉 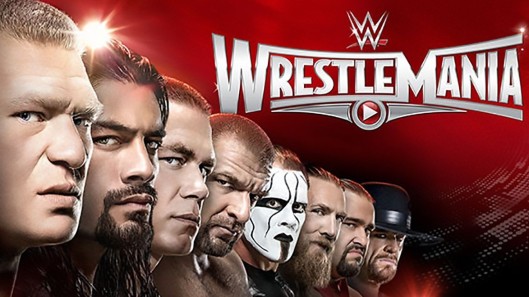